The BME department developed its graduate programs in collaboration with the University of Medicine and Dentistry of New Jersey (UMDNJ). Under the guidance of its first chair, Walter Welkowitz (1986-1990), BME endeavored to provide students with a strong foundation in biomedical and clinical sciences along with rigorous training in engineering fundamentals.

The undergraduate program in Biomedical Engineering was inaugurated in 1991 under the Applied Sciences option within the School of Engineering. Thanks to the tireless efforts of second BME chair Litsa Micheli-Tzanakou (1990-2000), a formal undergraduate bachelor degree in BME was approved by the University in 1997 and the state in 1999. The Master of Engineering (M.Eng) degree was approved for BME in June 2012. In fall 2013, Rutgers inaugurated a fully-online M.Eng degree. It is currently one of the only universities in the nation to offer an online masters BME program.

Since 1999, the graduate program offered joint degrees between Rutgers and the Robert Wood Johnson Medical School-University of Medicine and Dentistry of New Jersey. On July 1, 2013, the University of Medicine and Dentistry of New Jersey (UMDNJ) merged with Rutgers, and the former UMDNJ Graduate School in Biomedical Sciences (UMDNJ-GSBS) became the Rutgers Biomedical and Health Sciences (RBHS). In July of 2017, GSNB and GSBS merged to form the School of Graduate Studies (SGS).

A new BME building was dedicated on April 18, 2007. The 80,000-square-foot education and research facility features state-of-the art micro fabrication, tissue culture, and microscopy laboratories, including small animal facilities. The BME department is located on the Busch Campus in Piscataway. 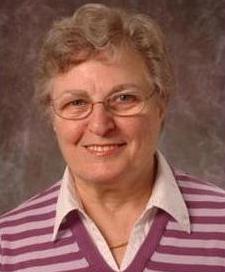