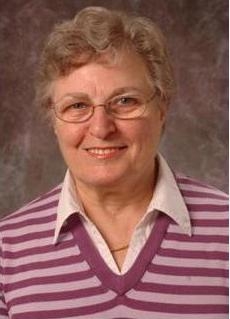 Litsa Micheli-Tzanakou served as the second chair of the Department of Biomedical Engineering (1990-2000), playing an instrumental role in expanding the department and establishing the BME undergraduate program. An internationally acclaimed scientist, Micheli-Tzanakou devoted her life to research with a wide range of interests that spanned neural networks to telemedicine.

Micheli-Tzanakou joined Rutgers University in 1981 as an assistant professor in the Department of Electrical Engineering, and she was later named a Rutgers distinguished professor. When the university established the BME department in 1986, she was appointed co-graduate director. Micheli-Tzanakou also served as director of Rutgers’ Computational Intelligence Laboratories, which brought graduate students together to research superior diagnostic imaging tools, neural network algorithms, and microchip design for drug delivery.​

A native of Greece, Micheli-Tzanakou received her bachelor’s degree in physics from the University of Athens in 1968 before heading to Syracuse University to earn her masters and doctorate degrees in the same field. Micheli-Tzanakou received international attention in 1974 for establishing the first Brain to Computer Interface (BCI) using her algorithm ALOPEX, which has been used to study Parkinson’s disease.

Throughout her career, Micheli-Tzanakou published over 300 articles in journals, book chapters, and conference proceedings. She authored Supervised and Unsupervised Pattern Recognition: Feature Extraction in Computational Intelligence and co-authored Neuroelectric Systems.

She also served as an adjunct professor in the Department of Surgery at Robert Wood Johnson Medical School. After devoting 31 years to the Rutgers School of Engineering and RWJ Medical School, she retired in July 2012 and died later that year.

An extremely active member of the Institute of Electrical and Electronics Engineers (IEEE), Micheli-Tzanakou was honored as an IEEE innovator in 2009 and featured in the IEEE History Center’s Women’s History Month. In addition, she was one of the founding fellows of the American Institute for Medical and Biological Engineering (AIMBE).