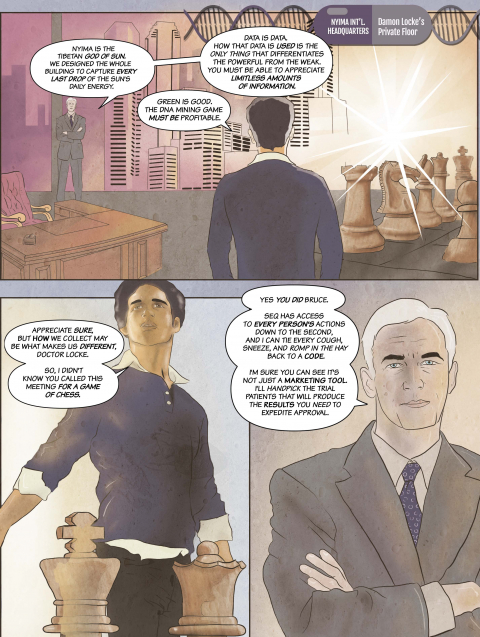 That brave new world? It’s right around the corner– or so the Legend of Sumeria, a graphic sci-fi novel penned by School of Engineering alumnus and Department of Biomedical Engineering professor Biju Parekkadan (ENG ’03), along with filmmaker and Rutgers alumnus Jay Webb (SAS ’03), tells it.

The novel, the first volume in a trilogy, unspools a dramatic tale of scientific intrigue that puts the universal genome in danger of extinction. It’s set in a dystopian future where Nyima, a powerful biotech company, uses a DNA ancestry database to launch a genetics-driven social network.  It’s a world where privacy no longer exists – and a world that is eerily predictive of present-day privacy issues.

The Future is Here

“There’s a confluence of things happening right now,” says Parekkadan, a 2011 Presidential Early Career Award for Scientists and Engineers award-winner. “The speed at which the law, the ethics community, and public awareness in general is moving is not even close to the speed at which genetic technologies are moving forward.” 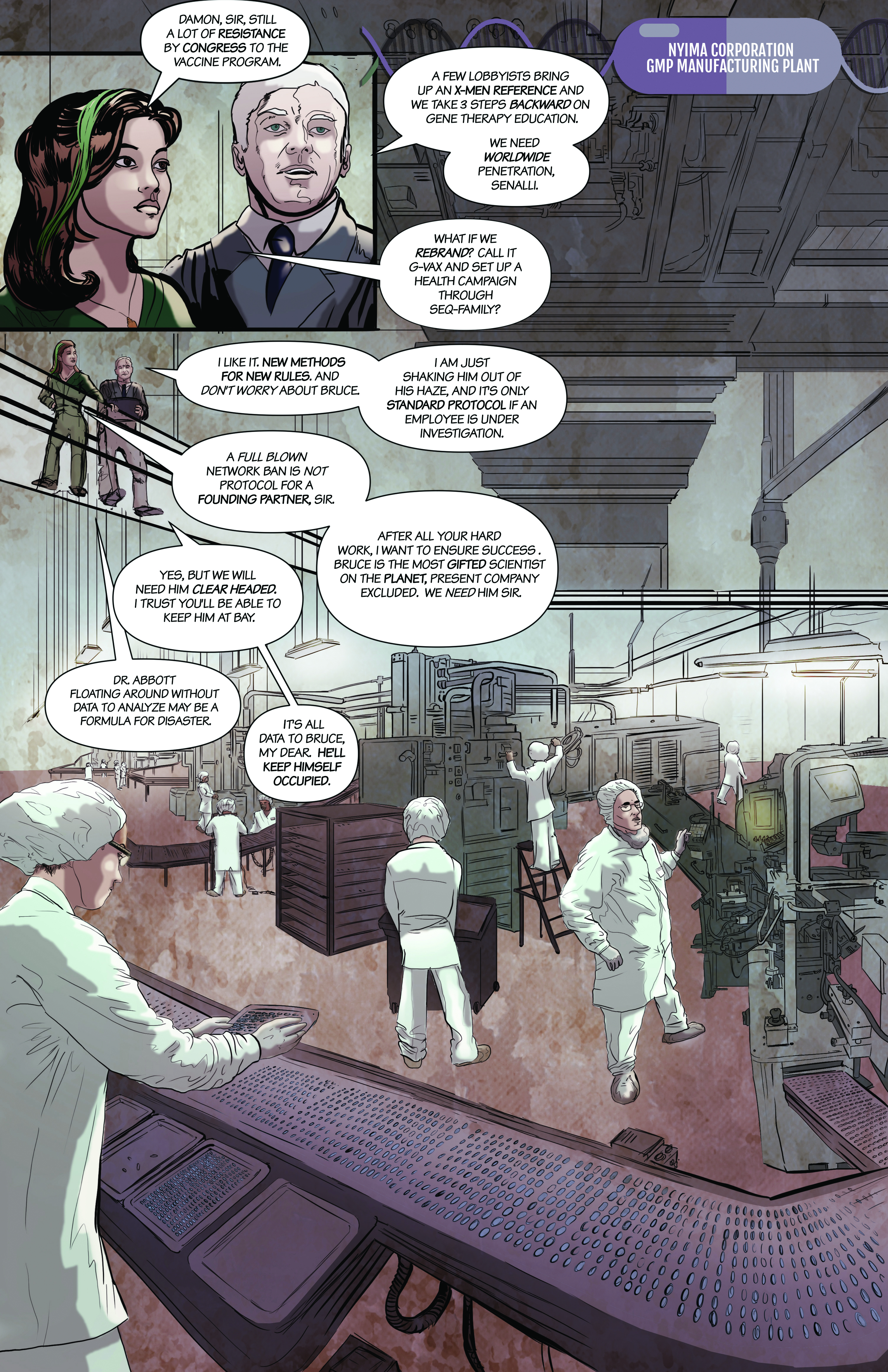 As an example, Parekkadan points to how information from a publicly accessible DNA database helped lead to the apprehension of the notorious “Golden State Killer,” Joseph James DeAngelo. “On the one hand, it’s fantastic that DNA helped bring a serial killer to justice. But on the other hand, it raises more privacy issues for people who have paid to submit their DNA to companies for consumer use,” he says.

The plot of Legend of Sumeria also sounds the alarm about the way social media increasingly dominates and influences people’s outlook on the world – and personal well-being. “We imagined a company that is almost infallible,” he explains. “Yet today companies are telling us who we are. But what really makes people themselves? It’s how they interact with the world and connect with themselves and with other people.”

The Possibilities of Science

Kirkus Reviews writes that Legend of Sumeria is “an intelligent, entertaining take on the possibilities of science” – and it is plausible science, according to Parekkadan, that drives the plot.

A case in point: the novel integrates biometrics with genetics, with characters wearing ID bracelets imprinted with a genetic code that can be read by a biometric scanner. “That’s the kind of world we describe, where science is used for security purposes,” he explains. “I think it’s only a matter of time for a technology like this to emerge.”

Legend of Sumeria gives readers plenty to think about even as it weaves a boldly adventurous and compelling story.  “What we’re trying to touch on is a society that has given up so many  personal rights, without knowing how valuable they are. We’re already in a moment where privacy is invaded – even before genetic data is factored in,” Parekkadan says. “We don’t have a solution to this – but we’re trying to find ways to get the public to understand what’s going on and see the pros and cons in the ways we use genetic information.”